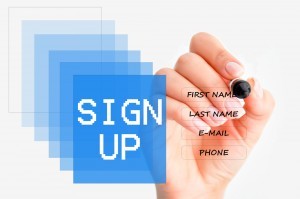 As NEW EU DATA LAWS are being ushered in, companies like yours are starting to investigate how to build an opted-in email list or database to use for promotional marketing so that they comply with the laws and don’t have to rely on the likes of publishing companies to communicate with their target audiences.

Communicating with audiences in the future directly via email, without ‘recorded proof’ of opted-in permissions, will in the future be punishable by severe fines of up to Euros100m or 5% of turnover, whichever is greater. Currently the rules are far less stringent, punishment is much less severe and prosecutions are few and far between and inconsistent. That is all about to change!

B2B Telemarketing calls, in moderation and when thought through and targeted, will continue to be a slightly less strictly regulated channel. Suffice to say, telemarketing (using recorded calls to capture confirmed opt-ins) is one effective channel which can be used to develop your ‘recorded proof’ opted-in email database.

Aware of the above NEW EU DATA LAWS, companies which own high quality opted-in audiences (e.g. publishing companies with high level subscriber databases) will shortly be in a stronger position than ever to offer access to their opted-in data and to be able to charge ever higher amounts of money. Do companies really want to be reliant upon third party data companies for their own core marketing?

Of course not. Therefore, it’s important to act NOW!

Whilst in the short-term investing in building an in-house ‘recorded proof’ opted-in email database may appear costly, the sooner its done the more money will be saved and longer-term the ‘own your own opted-in data’ will be the most cost effective route. The issue is, most companies simply don’t have sufficient time or resource to dedicate to building ‘and maintaining’ and up to date ‘recorded proof’ opted-in email database.

Companies eager to build a network of enthusiastic and engaged email and blog readers who will digest and ‘share’ good quality content (which can generate new business of course), should give this service serious consideration. As well as offering high quality content, free draws can be run all year to maximise sign up and loyalty (e.g. F1 tickets, Wimbledon tickets, Winter Wonderland tickets, industry event tickets etc.) and whilst in the process of building the opted-in database (via telemarketing calls and other channels), qualifying questions can also be asked of prospects which will generate new business leads i.e. Indirect lead generation!

This website uses cookies to improve your experience while you navigate through the website. Out of these, the cookies that are categorized as necessary are stored on your browser as they are essential for the working of basic functionalities of the website. We also use third-party cookies that help us analyze and understand how you use this website. These cookies will be stored in your browser only with your consent. You also have the option to opt-out of these cookies. But opting out of some of these cookies may affect your browsing experience.
Necessary Always Enabled

Any cookies that may not be particularly necessary for the website to function and is used specifically to collect user personal data via analytics, ads, other embedded contents are termed as non-necessary cookies. It is mandatory to procure user consent prior to running these cookies on your website.